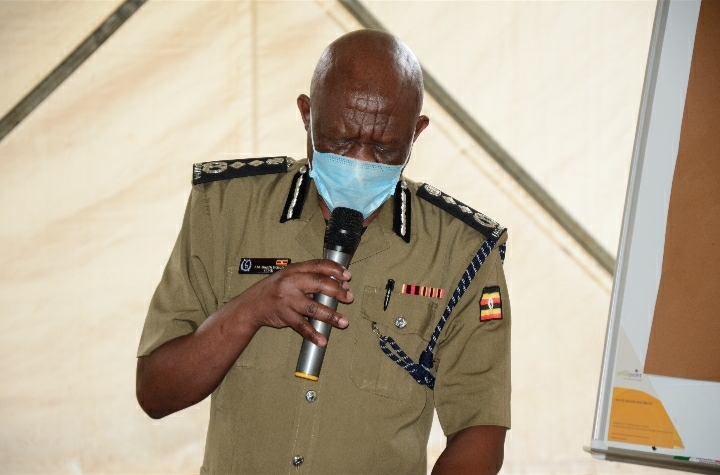 Police, working with other security agencies, developed a security masterplan to ensure the safety of presidential aspirants on Monday and Tuesday, Martins Okoth Ochola, the Inspector General of Police (IGP), said Sunday.

According to the IGP, the Joint Security Agencies spent considerable time planning for the nominations, and they feel confident about countering all forms of threats and security hazards.

“In our security master plan, we have developed a multi-agency tactical response; before, during and after the nominations, which involves a mix of highly visible and non-visible resources, deployed in and around the venue, to detect, deter and disrupt any range of criminal activity,” the IGP said.

In addition to the above, Ochola said, they have specialist teams at selected locations. They include CCTV monitoring teams, dedicated K9 teams, and crowd dispersal teams to counter all forms of illegal activities and violent demonstrations that could compromise public safety and public security.

According to police, while there is no credible threat directed towards the presidential nominations, security agencies consider the nominations a potential target for threats and other vulnerabilities that could significantly affect the entire exercise.

“Other crimes of extraordinary nature include, terrorism and cybercrimes.”

Presidential aspirants have been warned against using Boda Bodas in their processions.

“For those political actors and groups that are still defiant and mobilizing Boda Boda riders and militias onto the streets, and ferrying supporters from upcountry into illegal processions and rallies, we are closely monitoring them,” the IGP said.

“Therefore, any Presidential Aspirant who mobilizes boda bodas for a procession risks being arrested including those boda boda riders. We have plans to respond proportionately, in the face of violent crime, which may include the use of teargas to disperse these violent groups and arrest the culprits for prosecution."

The nomination of presidential aspirants for the 2021 General Elections will take place on November 2 and 3 at the cricket grounds in Kyambogo.

So far, 10 presidential aspirants are expected to participate in the two–day nomination exercise.