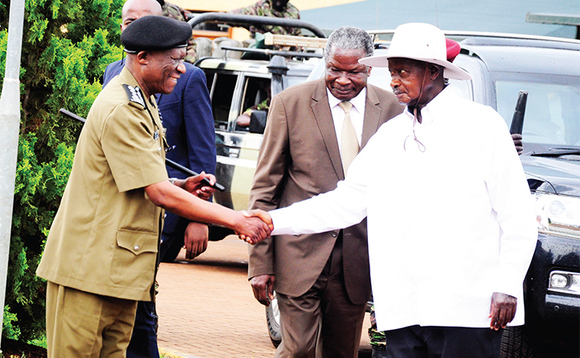 President Museveni had ordered John Martins Okoth Ochola, the Inspector General of Police (IGP), to put an end to what he termed as “random shootings”, citing some incidents that have occurred recently.

“I am writing to direct you to stop the random shootings by the LDUs and Police, all under the command of the Police,” Museveni wrote in a letter to the IGP, which was also copied to a number of senior government officials.

The president cited incidents in Katakwi, Isingiro and Bugiri where four people were shot dead under conditions that could have been avoided.  (Two died in Isingiro and the rest in the other districts.)

“Analysis of these shootings show that many, if not all, of the shootings, were unnecessary,” reads the letter. “In Katakwi, civilians were fighting among themselves during the elections. Why shoot them? Why not scare them by shooting in the air or simply arresting them?”

The president noted that while in some cases armed officers are attacked by civilians, it’s not the right approach to reiterate with shooting to kill.

“However, shooting to kill, should not have been the first option,” the president advised.

The president pointed the IGP to the Public Order Management Act, which among others, stipulates that shooting must only be on command and not by individual security personnel letting off guns, the Standing Orders of riot control should always be followed to the letter.

President Museveni says nobody should be allowed to carry a gun anywhere in Uganda on behalf of the State and engage in dealing with the public, that is not aware of these procedures.

“Each Police Post, must have a copy of these procedures and all the Police personnel and LDUs, attached to policing areas, individually, must be conversant, to the last letter, of those procedures,” he said.

That being said, the president has given the IGP up to October 15 to produce a booklet showing how armed officers should use guns when dealing with the public.

I have directed the Inspector General of Police, Okoth Ochola, to ensure there is a published manual/booklet on gun use by October 15th, 2020. pic.twitter.com/2KyV5owRVn