Police are investigating a racket that has been causing MTN Uganda massive losses as contractors associated with Chinese telecom equipment maker, ZTE Uganda are charged with theft, fraud, and malicious vandalism.

It is alleged that the employees of a contractor of ZTE Uganda, a maintenance contractor of MTN have over the years been swindling the telecom’s working materials such as optic fiber cables, PVC ducts /pipes, and other related telecom accessories. The stolen materials are estimated to be worth billions of shillings.

The erroneous act has been going on for about three years.

It has been established that ZTE Uganda is on the verge of losing out its relationship (contract) with MTN since its department including transmission and optimization have all been infiltrated by fraudsters. Among the senior ZTE officials implicated in this mega scam is a one optimization Engineer in the name of Hillary Imalingati who has since been laid off from his duties and is being investigated.

Others include the head technical team Engineer Muwanga Paul who has since recorded his statement at the police Special Investigations Directorate at Kireka after one of his accomplices was tricked by the client (MTN) in a mega wrecked material supply deal of Shs132 million in the names of Lubega Jimmy who has since appeared before Nakawa Magistrates court.

MTN Uganda has thrived on its outspokenness against fraud which makes one wonder how the unprofessionalism at ZTE has lived to grow with time to the extent of individuals being more powerful than the institution itself hence causing a lot of questions at the Clement hill based ZTE headquarters. 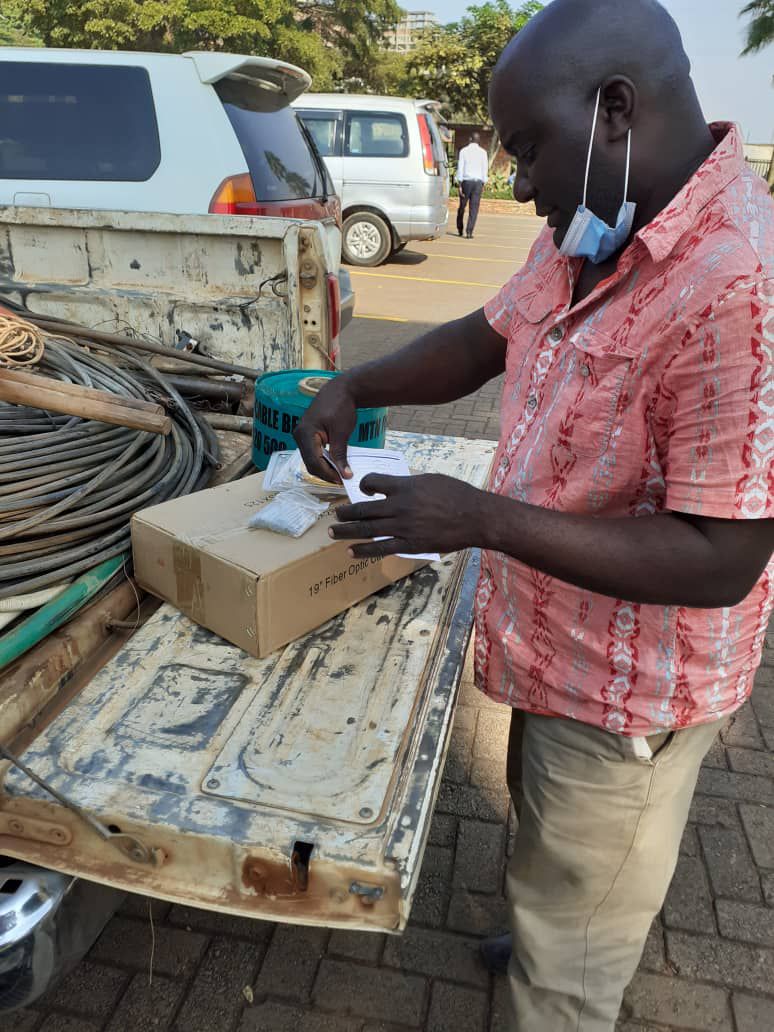 The question is can ZTE survive these trying moments when its contract with MTN is bound for renewal? It has been also authoritatively established that the ZTE lines manager who is also the person responsible for the welfare of all regional Engineers including renting houses, renting storage facilities for materials, determining who works in which region, has accumulated enormous wealth at the expense of the firm (ZTE) being not realistic with its work schemes hence demotivating the entire field teams and rendering MTN the expense of paying for what has not been done and causing national economic sabotage.

Sources in this investigative operation have since discovered that on several occasions because of lack of professionalism in the schemes of work of ZTE, MTN network has suffered intended sabotage which includes cable cutting intentionally for purposes of creating work for the field teams with an ultimate goal of making quick returns since the lines manager on the network doesn’t meet the requirements in terms of the fieldworks teams’ remunerations. 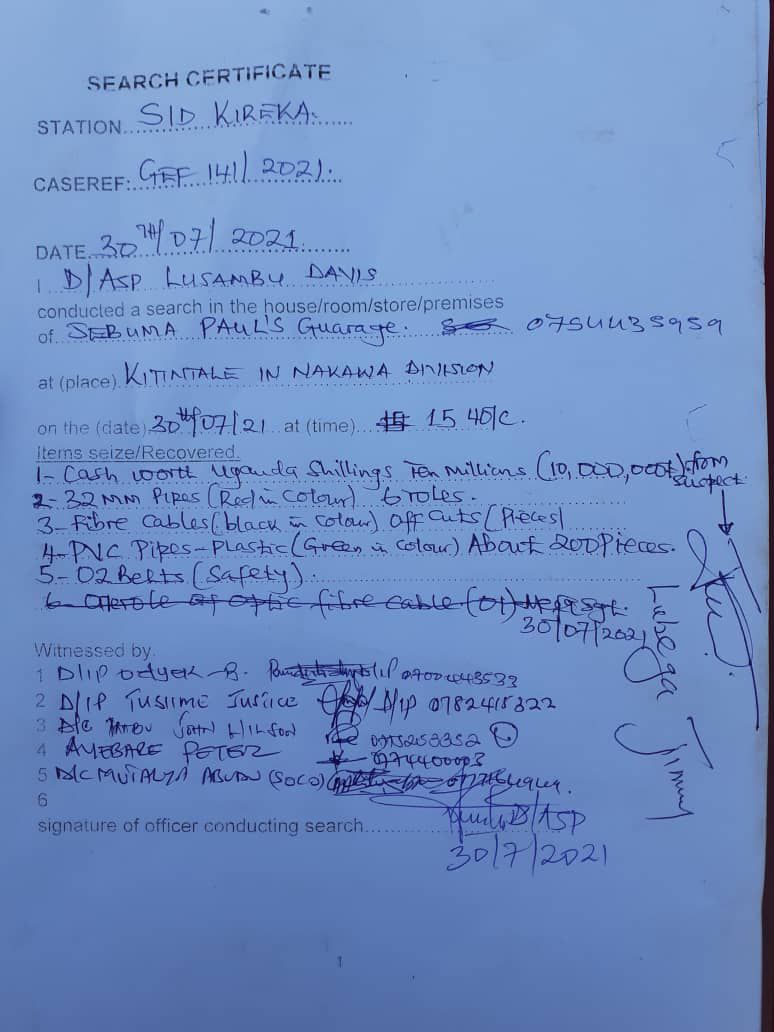 The case under investigation is registered under police reference GEF 141/2021 at SID Kireka.