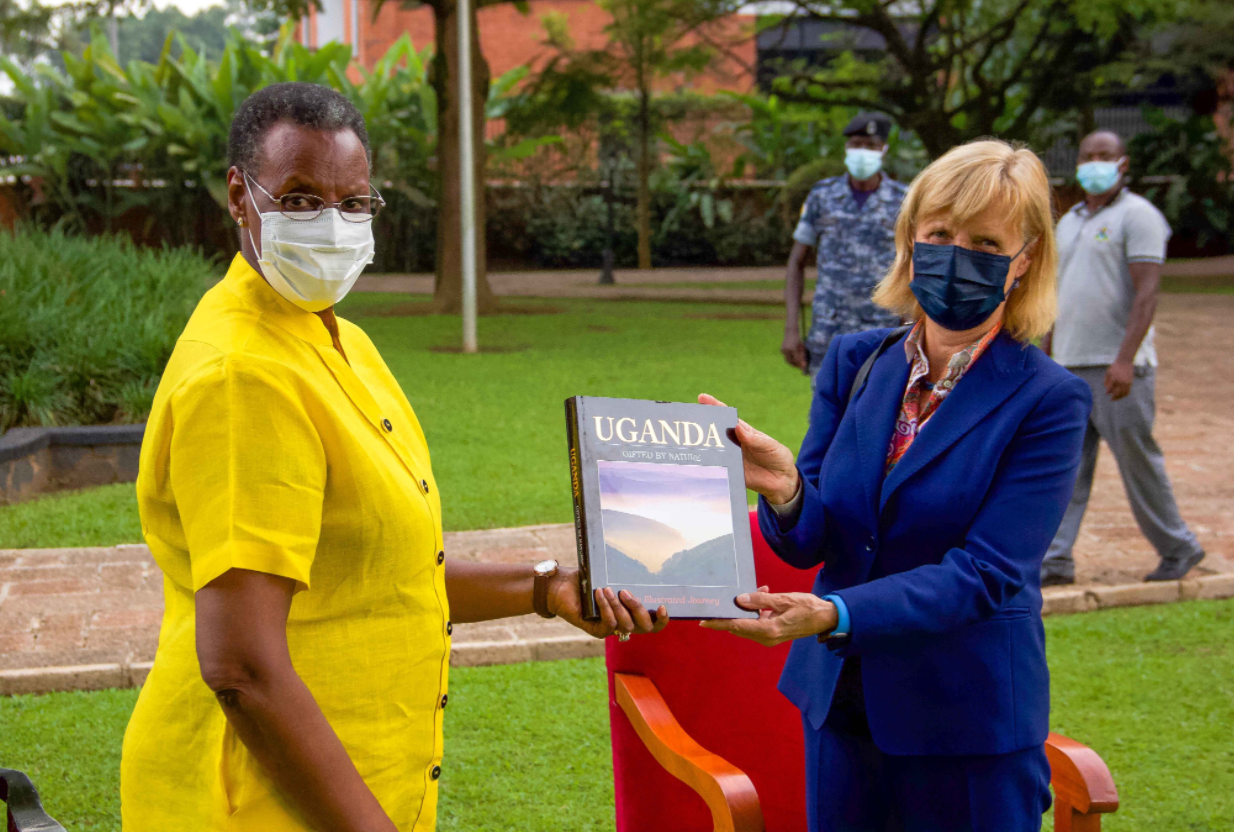 The Minister of Education and Sports, First Lady Janet Museveni has met the Norwegian Ambassador to Uganda, H.E. Elin Ostebo Johansen and Makerere University Dons from the College of Humanities and Social Sciences over Universal Primary Education (UPE), Universal Secondary Education (USE) programs.

The First Lady and the Norwegian Ambassador discussed on the modalities of funding a survey to establish the challenges affecting the implementation of UPE and USE programs in Primary and Secondary education respectively.

In 1997, Government introduced UPE following a political commitment by President Yoweri Museveni that the Government would meet the cost of primary education for children with the core objective of making education equitable in order to eliminate disparities and inequalities and ensure that education is affordable by the majority of Ugandans, among others. Subsequently, in 2007, government also introduced USE policy in order to increase access to quality secondary education for economically vulnerable families.

According to Janet Museveni, the implementation of the two government policies are being hindered by factors such as “hidden” and “unregulated” costs that parents are made to pay in the respective UPE and USE schools.

“The essence of UPE and USE is to enable children from households that cannot afford to pay school fees to access education, but charges that are set by some schools are forcing these children to drop out of school,” Janet tweeted.

“I thank the Norwegian Ambassador to Uganda for accepting to fund this survey. The possibility of payments that could be hindering some learners from completing education cycles has become a national concern.”

Janet Museveni and H.E. Elin Ostebo also discussed the preliminaries of the survey that will establish the nature and extent of hidden charges and unregulated costs that parents are made to pay in UPE and USE schools.