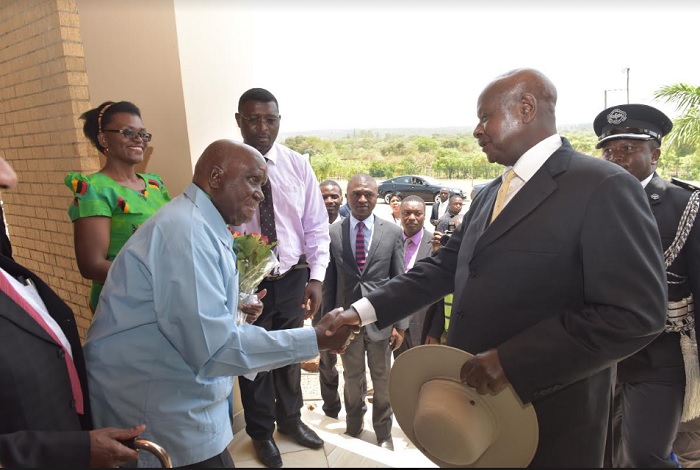 President Yoweri Museveni has paid tribute to Zambia's Founding President Kenneth Kaunda his contribution towards the liberation of Zambia and other African countries.

Kenneth Kaunda, Zambia’s founding president and liberation hero, died at a military hospital in the capital, Lusaka, where he was being treated for pneumonia. He was 97.

Kaunda ruled Zambia from 1964, when the Southern African nation won its independence from Britain, until 1991, and afterwards became one of the most committed activists against HIV/AIDS in Africa.

Statement by the President Museveni

I have learnt with shock of the death of our elder, Mzee Kenneth Kaunda. Although God has blessed him with many years of life, departing at 97 years, since his brain was still sharp, we could have had more years of his wisdom.

Here, I am referring to the liberation of Mozambique, Angola, Zimbabwe, South Africa, and Namibia. In the late 60s for instance, I remember he enabled FRELIMO to open the third front in Tete Province of Mozambique.

Lusaka had representation from most of the Liberation movements in Southern Africa. He also welcomed Ugandan exiles, when we were fighting the dictatorship of Idi Amin. Many Ugandans got jobs and education in Zambia when they ran out of Uganda.