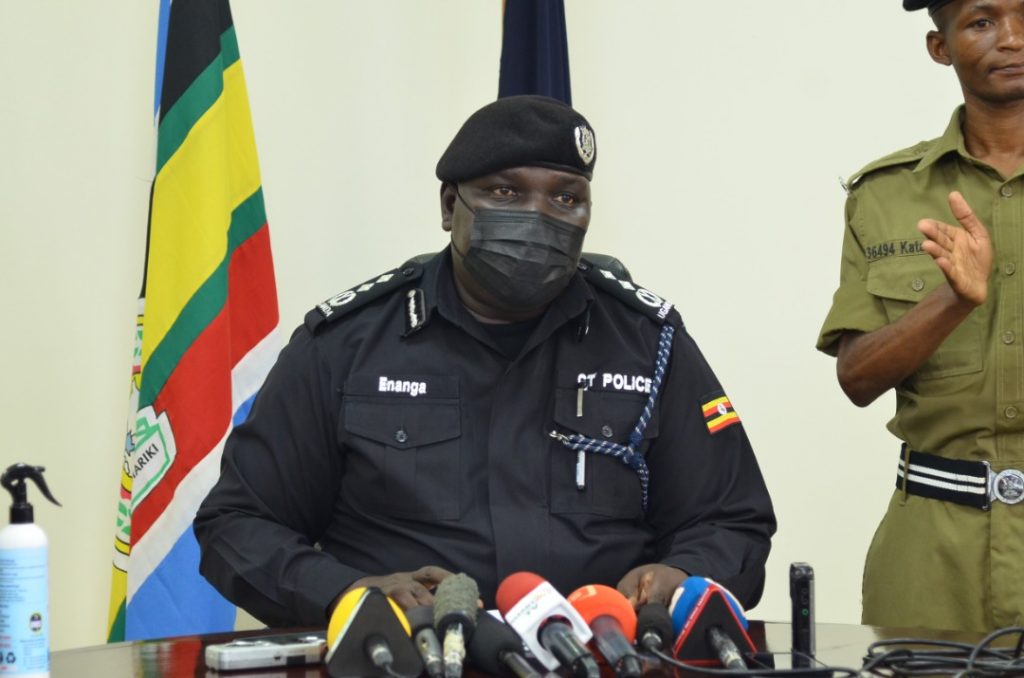 Security agencies have intensified deployment at all border points as part of the many initiatives co-opted to fend off terrorism activities following recent attacks.

Police Spokesman Fred Enanga said while there is progress in pursuing attackers, people within the country and those moving in should know that the environment is still under threat.

"All Ugandans and visitors should know that we are still in a threat environment. And as the Joint Security Agencies, we are doing everything within our means, to prevent all kinds of terror attacks on our country. We must however know that globally terror threats from suicide attackers are very unpredictable.  No security measure, however, advanced, can ensure 100% protection against suicide attackers," he said in a statement.

"Therefore, in our bid to disrupt and dismantle all acts of domestic terrorism, we have intensified operations along our borders to prevent illegal crossings.  We have and continue to pursue perpetrators involved in terrorist financing, and persons involved in the incitement and, mobilization of vulnerable Ugandans, into ADF-linked acts of terror including suicide bombers.  So far a total of 106 suspects, linked to acts of domestic terror have been arrested, seven others have been put out of action, while four suicide attackers, got killed during the suicide attacks."

Police say 35 of the 37 people that were injured in last week's blasts in Kampala have so far been discharged. The remaining two, who are police officers -- remain admitted at Mulago National Referral Hospital but they are progressing well and out of danger.

Speaking on claims that security agencies were targeting suspects based on their religion, the police spokesman assured Ugandans that every arrest is based on intelligence gatherings.

"We want to reiterate that the arrested persons are not targeted for their beliefs, ideology, religion because that would make us appear biased.  The public should know that as long any individual or group partakes in, engages, or conspires to engage in, facilitates the engagement of acts of violence, or commit other crimes of violence they are deemed to be in total breach of the law and the peace and safety of Ugandans.  We shall definitely pursue them and ensure they are all brought to justice," adding that they are actively hunting suspects on information obtained from those arrested.

"In further efforts to deter and disrupt terrorism, we are actively monitoring all spaces in homes, places of worship, which are acting as domains for recruitment and as collection centres, for children who are introduced to ideological messages and beliefs. Our intelligence teams have gathered materials and accounts from children rescued or recovered.  They have indicated how some of their friends are taken away to an unknown destination."