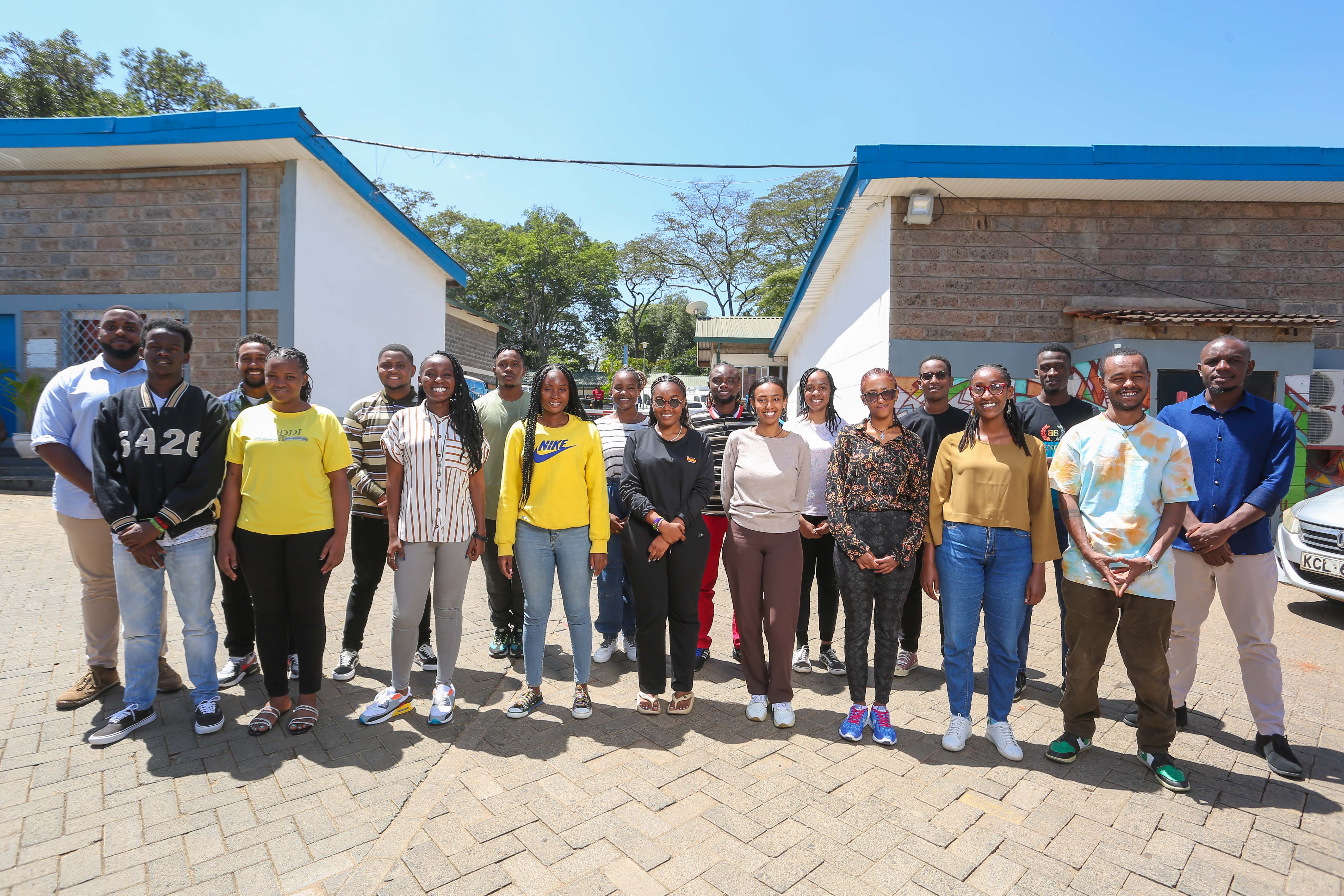 MultiChoice Talent Factory (MTF) welcomed 60 new students for its Class of 2023 in its 12 Month fully-funded education programme that develops emerging TV and film talent in Africa.

According to an official statement, thousands of applicants from across 13 countries in Africa showed interest, but only 60 aspiring filmmakers were selected to be part of 12-month training programme that includes both theory and hands-on experience in filmmaking from scriptwriting to cinematography, editing and audio post-production.

MTF Academies continue to work with their regional and international partners to ensure that the students receive the best standard of training and practical experience needed to hone their skills and contribute positively to the film and TV industry.

MTF also works with renowned local and international facilitators, such as academician Dr. Benea Shapaya, a senior lecturer of Film and Media Studies at Kenyatta University, who will be facilitating a session on the history of film and television industry in Africa, and 4x SAFTA award-winning writer, producer, and director Neil McCarthy, who is currently one of the most highly experienced screenwriters in the country.

The program also boasts a high calibre of award-winning specialists from across the continent, many of whom produce content for M-Net group channels. The top graduates from each of the three academies will be presented with the incredible opportunity to further develop their skills with various internships sponsored by MTF partner organisations such as the New York Film Academy (NYFA) and Zee World amongst others.

Where additional hands-on experience will take place to further prepare them for various sectors in the TV and film industry.

“We are extremely excited about the Class of 2023, and we wish them the best of luck as they start their new journey. Filmmaking is such a wonderful art and because it is ever-evolving, this year our students will be encouraged to explore and exploit various emerging technologies that are revolutionising the industry. I encourage the Class of 2023 to be bold and remain curious in their pursuit of telling African stories,” said Multichoice Talent Factory Director for Africa Nwabisa Matyumza.

Uganda will be represented by Mafayo Samuel, Ssejjemba Charles, Nalunga Hannah and Tamale Enock in this year’s cohort alumni.

“We take pride in knowing that our Ugandan alumni have gone on to represent and fly the Ugandan flag high internationally. Alumni like Daisy Masembe and Isiko Abubaker won the Best MultiChoice Talent Factory Student film award at the Africa Magic Viewers Choice Awards last year as well as Nassanga Ann, a recent graduate from the academy whose film Cheza won at the 2022 Kalasha Film Awards in Nairobi for Best Student Film last year,” said Rinaldi Jamugisa, Multichoice Uganda the PR and communications manager

Since the inception of the academy, over 120 emerging filmmakers in 13 countries across the continent are now part of the growing MTF alumni network.