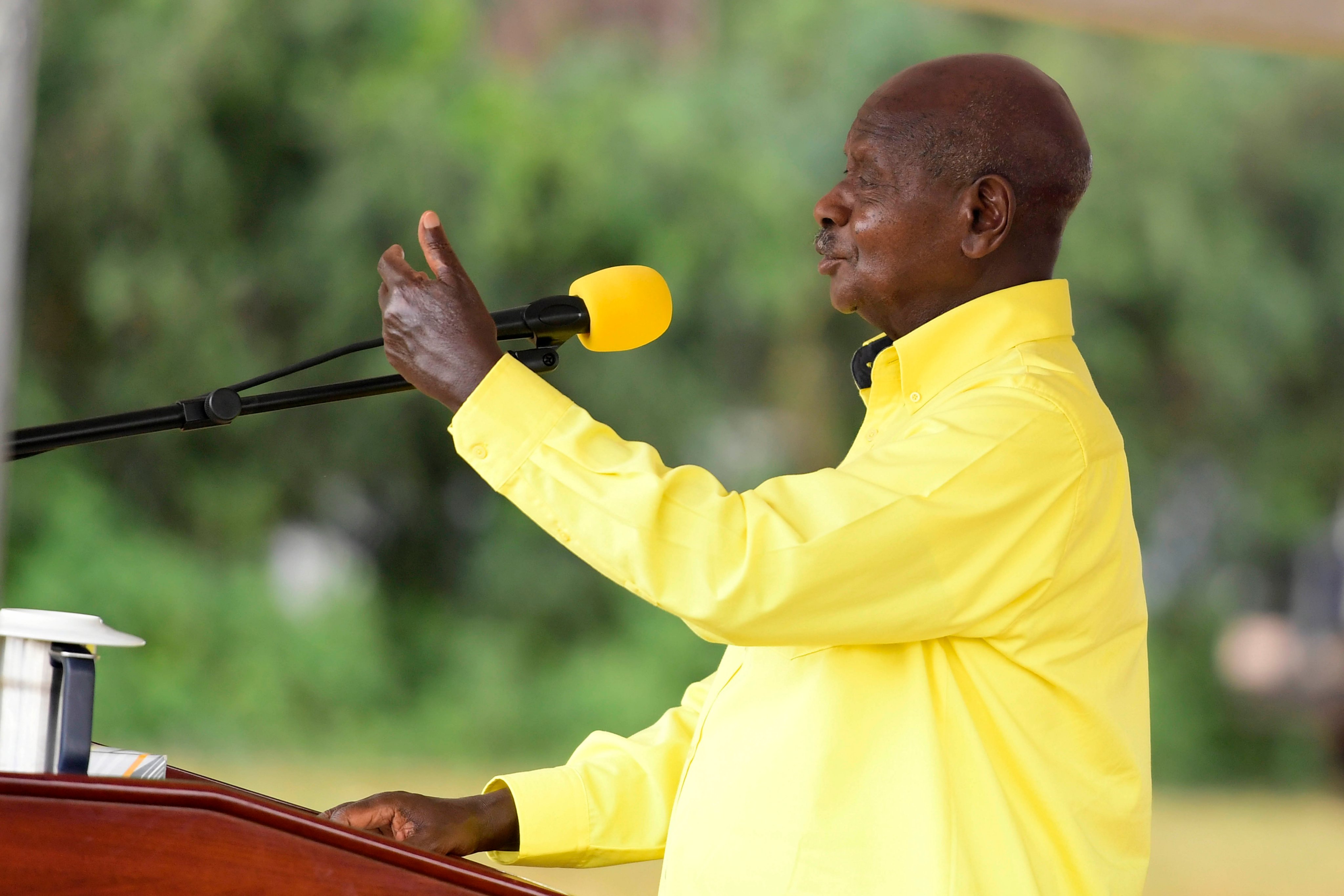 President Museveni, the NRM flag bearer, will today kick off his campaigns in the central region.

According to Nrm.ug, Museveni today be in Mubende district where he will meet a select team of NRM leaders and flag bearers from districts of Mubende, Kiboga, Kyankwanzi, Mityana and Kasanda.

"The president, effective tomorrow Monday 21 will be in central region (Buganda). The first meeting will be on 21st Monday 2020 at 10am in Mubende district and the leaders have already been invited,’’ Nrm.ug reported.

According to the NRM vice chairperson for central region Godfrey Kiwanda, Museveni will the next day head to Mpigi where he will meet leaders and flag bearers from districts of Butambala, Mpigi and Gomba.

After here, he’ll proceed to greater Masaka on Wednesday, where he will conduct two scientific meetings, one in Masaka city and another in Rakai.

"We want all Ugandans to celebrate and enjoy the birth of Jesus Christ. The president is therefore taking a three-day break to allow the party cadres and the rest of the community members to have very peaceful Christmas,’’ Kiwanda said.

Museveni will then resume campaigns on Monday 28th in Mukono where the president will meet and address leaders from Kayunga, Mukono, Buikwe and Buvuma districts.

On 29th, Kiwanda said, the president will have the last meeting in Wakiso before entering Kampala.

“This is regarded almost like a sub region because it has four Municipalities, three constituencies and the most populous district in central.’’

The president will then be in Kampala on 30th and 31st, and the program will be communicated.

In Buganda, according to Kiwanda, there are over 5.5 million voters and NRM’s target is 3.8 million votes in this region, translating to 69%.

The region also has over 30 districts, and the president plans to hold over eight scientific meetings, according to Nrm.ug.

According to the NRM campaign program, the president has so far been to Luwero, West Nile, Acholi, Lango, Karimoja, Teso, Bukedi, Busoga, and western region.